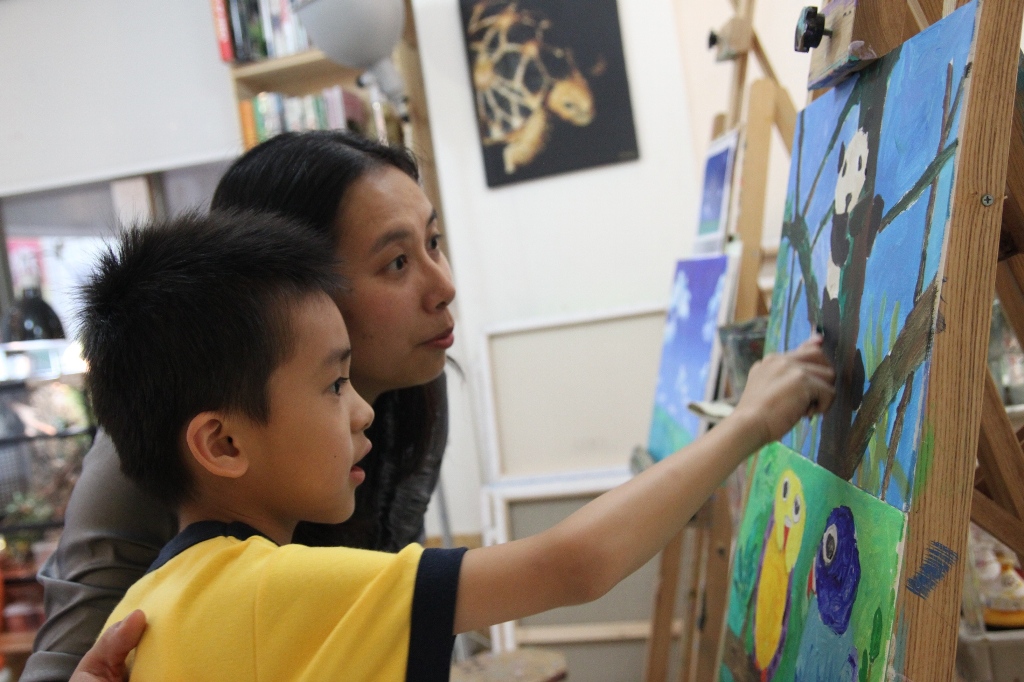 Chen Ze-hao failed to say single words at the age of two, and lacked of interaction with people. He threw tantrums easily and was hyper-sensitive to sound. Half a year later, he was diagnosed with autism.

Upon admission to Heep Hong’s Wan Tsui Special Child Care Centre, Ze-hao’s condition took a turn for the better. Mrs Chen said, ‘The speech therapist taught him to use sign language and pictures to express his needs. Then he gradually developed verbal skills. By the time he first called me “Mummy”, I burst into tears out of joy.’ His hyper sensitivity to sound has also improved. Mrs Chen remarked. ‘When he heard a kid crying, he used to hit that kid and fiercely pull his own hair. Gradually, he learnt to cover his ears in a quiet corner, and was even able to comfort a crying child by handing him a Kleenex.’

During his stay in Heep Hong Society, the teachers noticed that Ze-hao has a talent for painting. They arranged experienced artists to bring out his best. Throughout the years, Ze-hao has developed his interest and skills in drawing, and won various awards for his artworks.